A guide to Fortran development on Windows

NOTE: This guide was tested with the latest versions of the software at the time of writing, that is Visual Studio 2019 and Intel Fortran Compiler version 2021.3.0

In this guide Visual Studio 2019 combined with the Intel Fortran compiler is proposed as a do-it-all Fortran IDE for Windows. On Linux many different, arguably better, alternatives are available.

Various Fortran compilers are available, a comprehensive list is available on the web site of the Fortran Programming Language.

I used the following two compilers

Microsoft Visual Studio 2019 (VS for now on) is a complete and feature rich general purpose IDE; being general purpose it does not natively support Fortran development or other features which might be of interest in the context of scientific computing and, in particular, development of numerical analysis codes. Fortunately though the integration with Intel compiler and diagnostics tools makes it a viable option for our use case. VS is closed source and commercial software, but the community edition is free to use for non commercial purpose with a Microsoft account, the minimal functional limitation of this edition are not of any relevance for our use case.

The key features that I found interesting are:

At this point creating a new project in VS an option for Fortran language should appear. We can test the configuration creating a simple `Hello World!" program:

The way Visual Studio manages files, directories, projects, solutions, libraries…is quite messy, and gave me a headache at first, mainly because the file structure in VS does not reflect at all in the filesystem, which is quite uncanny from a Linux user perspective… So I try to summarize the main working concepts and jargon:

Here I illustrate how to get code compiled and running in Visual Studio 2019 through examples based on my experience with my IgA-based Energetic BEM library IgA-EnergeticBEM.

In all the example we are located in a solution named, for example IgA-EBEM

Program unit and subroutines are all in one file

In this case the compilation is very simple: hitting Start should do it, if it does not there might be some error in the code.

Code with modules in separate files

This case is again pretty simple: within the same project, Visual Studio automatically determines the dependencies and the right compile order. So we just press F5

Code with modules in a shared library

If we want the modules to be accessible to more than one main program, we can compile them in a static library and link it to the main program.

To compile the code taking advantage of the parallel implementation

In this article I gave a complete introduction to the usage of Visual Studio 2019 and Intel Fortran Compiler aimed at numerical analysts and Fortran developers who need or want to work on Windows.

I will continue to do my coding on Linux, as more powerful tools are freely available, many HPC centers, including the one at my University, ase Linux systems, and I have more control on what I am doing, instead of needing to look for mysterious options and learning funny file structures with their own lexicon. 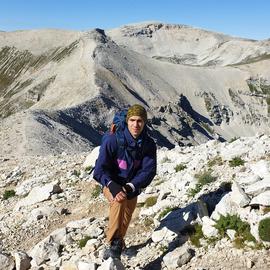